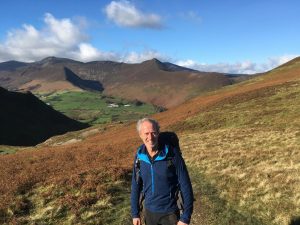 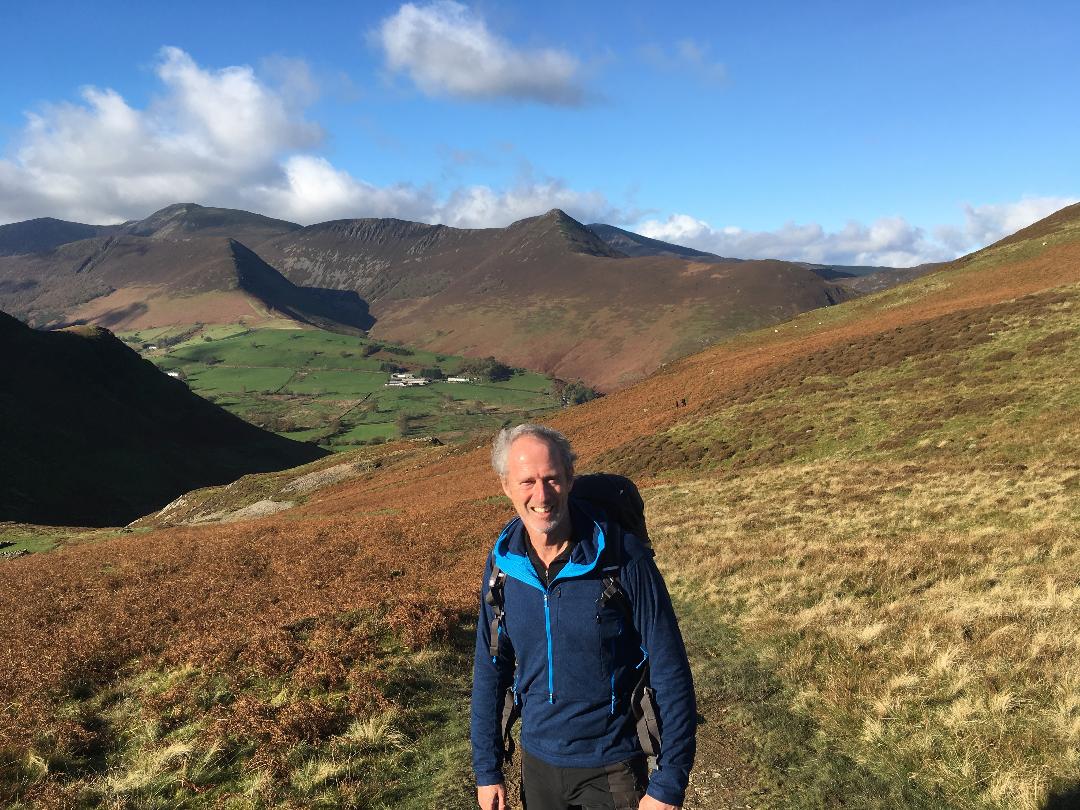 Phil’s mountain experience began, as did so many others, with the Duke of Edinburgh award schemes. Serving as a musician in the Royal Marines for 33 years gave him many opportunities to develop mountain skills, including the 10 day Unit Expedition Leaders course run by the Army. Phil now likes to walk as much as possible in the Lake District and on Dartmoor, with the occasional sortie to Snowdonia, Scotland or the Brecon Beacons, and delights in introducing people to the great outdoors.
A few years ago he underwent his Mountain Leader training, becoming qualified in 2013. Since then he has led many walks and expeditions in the UK, with friends, family and young people groups. He has trained Ten Tors teams for the past 8 years.
Phil now lives in Totnes and organises walks under the name of ‘Mustard Seed Walks’, a group started with a few friend from his church, but which has grown in number (see his Facebook site – Mustard Seed Walks).
Phil joined the ranks of the Moorland Guides at the end of 2017 and looks forward to sharing walking experiences with others on Britain’s mountains and moorlands.