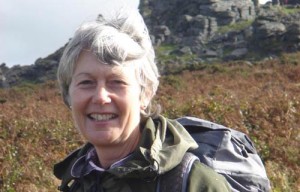 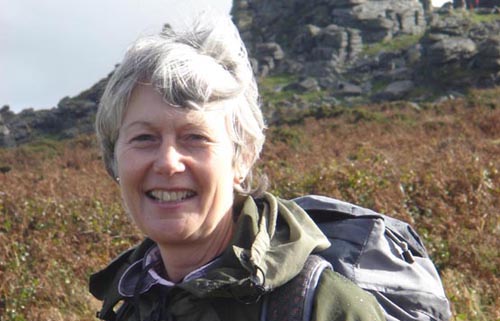 Debbie Jenkin was born and raised in Yorkshire, moving to Devon in the 1970s where she formed an immediate attachment with Dartmoor, similar in many ways to her native North York Moors. Working as a primary school teacher, she and her husband and children moved to Dartmoor in 1990 when her passion for the moor grew. She began leading groups for walks on the moor and qualified as a Moorland Leader, joining the pool of Dartmoor National Park guides in 2002, where her guiding work included school groups, foreign students, navigation courses and walks for all ages and abilities. She joined “Moorland Guides” from its launch in 2011. She remains fascinated by Dartmoor, its history and archaeology, geology and wildlife, and has a delight in its legends, which, like many folk-lore stories handed down through time, are often woven into factual events.

Debbie also loves walking in other wild places in Britain, such as the Lake District, the Yorkshire Dales, Scotland, Wales and Northumberland. She has written a number of walking guide books for hotels in Devon.

Debbie loves Dartmoor in all its moods and in it, finds refreshment of spirit and a place to escape to. She says that, “to be in a position to show this jewel to others, is a huge privilege.”